By Open Search Last updated Apr 16, 2021 0
Apoorv Om deaf and dumb International Artist, National Awardee for Empowerment of Person with Disabilities 2017  presented his artwork portrait of B R Ambedkar to Shri Thawar Chand Gehlotl,  Hon’ble Minister for Social justice and empowerment on 14th April, 2021 on the occasion of Ambedkar Jayanti at New Delhi,  A 10 years  journey of a innovative artist and Activist for youth and society , should be shared with all “The Apoorv Om an artist his Art a natural gift of God to him, Apoorv om, A person with Disabilities, Deaf and Mute with low vision, self learned artist using mixed media art for making portrait, painting, 3D models  by using colour pencils, Aqua colour pencils,  watercolor, Sketch Pens, Oil pastels, sun boards, papers etc.  His unique idea to make portrait of dignitaries with painting of the architectural design building of the concern dignities is specialty of his Art. Apoorv studied in a regular School since childhood till 12th standard and only deaf among 40 regular students  where no infrastructure to teach deaf in inclusion. 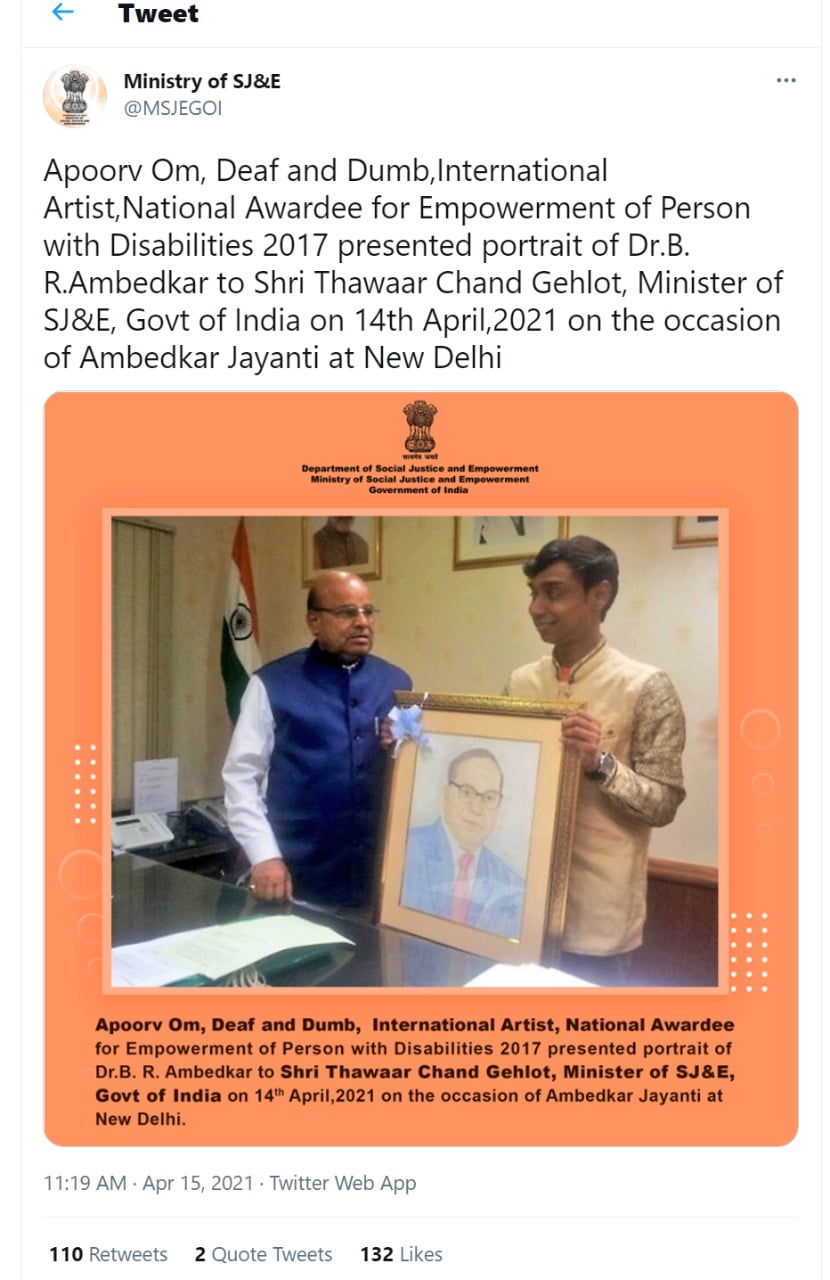 Apoorv have an interest in art since childhood able to realized the Fragrance of art while he was in class 10th when his artwork was highly appreciated by the Chief of the Naval Staff , Mr Nirmal  Verma who invited him to receive  painting of INS Vikrant and portrait Sketch of Mr Nirmal Verma through colour pencils at defence headquarter South block New Delhi in 2011 . The power of art can be assessed through the path of his journey, to “work for inclusion”,  able to find a source of light to achieve target to bring Deaf into the mainstream through his artwork which enabled him to share his vision  about inclusion from the platform of International Court of Justice ( Netherlands) , UNESCO (Paris) ,  UN HQ, New York, UNOG Switzerland , IMO (London), The Supreme Court of India and his artwork get appreciation from the dignitaries of the world including United Nations Secretary General Ban Ki-moon and Mr Kofi Annan, President, Vice President and Hon’ble Judges of ICJ, DG UNESCO, UNGA President, UN ECOSOC,  President, Vice President and Prime Minister of India, Chief Justices of India as well as some of his
artwork exhibits at UNESCO HQ Paris, France, ICJ, Netherlands, UN office at Geneva, Supreme Court of India will be inspire the world for Inclusion.
यह भी पढ़ें

Feb 5, 2023
His Highness Hon’ble President of India and Government of India appreciated his Artwork , ideas with “Role Model” in NATIONAL Award for empowerment of person with Disability in 2017 and NATIONAL Youth  Award  of 2016-17 in 2019, President of ICJ honoured him on 70th anniversary of International Court of Justice in 2016, UNESCO honoured him in 2017, UN OG in 2017, UN General Assembly President invited him on March 8, 2018 at UN HQ New York. The Chief Justice of India on 28th January 2015, and placed his artwork “innovative model” in the museum of The Supreme court of India,New Delhi.
He has successfully completed two certificate Courses in Yoga Science. Also abled to secure 77th rank in PWD category in IIT JEE MAIN EXAM in 2015 and  get admission in SPA Delhi in Bachelor of Architecture, Apoorv Om,  an artist, a first deaf yoga practitioner, a visionary for inclusion of all especially deaf through inclusive settings of educational institutions and society with the help of digital solutions, a Social worker to bring children and youth including specially abled coming from underprivileged into mainstream throug artwork painting, yoga, & education, an innovator of Yoga with Kathak dance performance by regular and deaf children and youth under one music all together to motivate the world for inclusion  – Ability rather than Disability. Respects all Gifts of God ,who Gave him empowerment and encouragement to Work Globally to Spread Fragrance of Art and Respect for Artists. 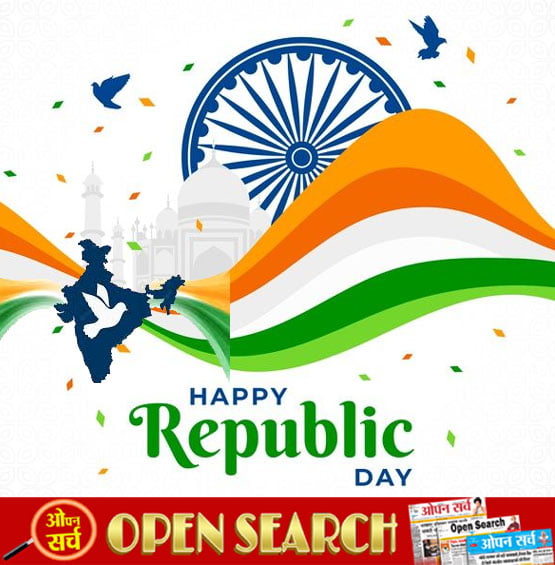